Have you given to the Maryville Fund in 2019?

Maryville College's rich history has inspired its students for the past 200 years - and it's people like you who keep this institution alive and thriving as we look forward into the future. Thank you for standing by a College that has withstood the test of time. Make your Maryville Fund gift before the December 31st tax deadline and see it make a difference in the lives of our students come spring!

On the night before final exams, all current Maryville College students are invited to Pearsons Hall for Finals Breakfast – a late-night breakfast, served by faculty and staff. The event offers a much-needed study break and an opportunity to gather one last time with friends before leaving campus at the end of the semester.

“Finals Breakfast is an opportunity for the campus community, faculty and staff to show our students we are with them in this final stage of the semester,” said Dr. Melanie Tucker, vice president and dean of students at Maryville College. “Finals Breakfast is really a reminder that as a Scot, you are never alone on this journey.”

A special tradition for students

“Finals Breakfast has always been such a fun tradition for me,” said Crutcher, who is from Columbus, Ohio. “It’s really cool to see all your professors serving you. It’s like family dinner but with breakfast.”

This semester’s Finals Breakfast event is Dec. 6, and like past events, it will include a group of dedicated faculty and staff members who will dish up breakfast favorites, such as pancakes, waffles, eggs, bacon and biscuits. For the fall event, many volunteers wear festive holiday sweaters and hats.

Dr. Dan Ross, associate professor of mathematics, has participated in every Finals Breakfast event since he arrived on campus in fall 2010.

“That’s 16 breakfasts, and about 2,000 biscuits served,” he said, adding that while he’s served a lot of biscuits, he has done other jobs during the event, including serving waffles, French Toast sticks, grits, eggs, sausages, bacon and orange juice.

“I always enjoying being with our incredible students outside the classroom,” Ross said. “It can be a stressful time of the semester for everyone, so it’s great to have a little time to relax and enjoy food and fellowship as a break from everything. It’s fun to greet the students and offer them some good food. I also enjoy having a good time with my fellow faculty and staff colleagues. I think it’s a great tradition, and I hope all of our students come out so I can serve them a nice hot biscuit with some gravy!

“I am proud to be serving again (this semester) … I can’t resist foods dripping with maple syrup,” Ross added.

Adrienne Schwarte, chair of the Division of Fine Arts and associate professor of art, has also volunteered for Finals Breakfast events at MC.

“What I enjoy about this event is that students work so hard all semester, and finals times can be quite stressful, so I enjoy switching roles – instead of being in front of the classroom, I get to serve the students and provide them a little fuel before exams,” she said.

Schwarte remembers her undergraduate institution doing a similar tradition, and as a student, she always looked forward to seeing her professors laugh, smile and wish her good luck on exams.

Dr. Carl Gombert, MC professor of art, has been volunteering for the event for at least 15 years.

“Breakfast is two of the six most important meals of the day,” he said, adding that readers should guess what the other four are. “Who doesn’t want to sling hash for the greater good?”

He recalls taking coffee around on a tray and serving it to students in the dining room. He felt “honored” to be promoted to waffle maker after former MC Technical Director Alan Reihl retired.

“But soon the waffle demand exceeded the capacity to produce, so they had to make waffles in advance,” Gombert said. “I used to really like working the bacon station and would ask students if they wanted their delicious pork products ‘crispy’ or ‘floppy.’”

Tradition is more than 15 years old

It is unknown exactly when the tradition began at Maryville College, but many agree that it was likely in the early 2000s.

Michelle Ballew Safewright, former associate dean of campus life at Maryville College, served 16 years in MC’s Student Affairs Division and fondly remembers volunteering at the event. She said that initially, Student Affairs staff members were the ones who served breakfast, but when former Vice President and Dean of Students Vandy Kemp assumed her role in 2004, she opened it up to faculty and staff and encouraged involvement from around the campus (“best idea ever,” according to Safewright).

“I always had fond memories of the event except for the years that we almost stopped the whole program because the students kept starting food fights,” recalled Safewright, who now works at Middle Tennessee State University. “It happened for about two years, and it was a horrible mess for the staff to clean up. Once we laid it out to (students) that we were volunteering our time and were doing it for them – in true MC fashion, they straightened up, and we never had another issue!”

Arielle von Boettinger Kilday ’05 remembers attending most Finals Breakfast events as a student and called the event “a highlight to the end of the semester.”

“Everyone went to finals breakfasts,” she said. “It was a lot of fun to see what seemed like the entire campus in Pearsons in the middle of the night. It was a great break from studying.”

Kilday, who is an associate director for admissions data, systems and recruitment in the Maryville College Office of Admissions, has volunteered during the event as a staff member and enjoys having the opportunity to “treat the students and help them destress for just a moment.”

“I think it is a great tradition because the students love it!” she said. “Any tradition that is around for as long as the Finals Breakfast has been around is worth continuing!”

MC alumnus Jordan McCullough ’18, who also works in Maryville College’s Office of Admissions as an admissions counselor, attended most Finals Breakfast events as a student at MC – and he had a strategy.

“I usually tried to be the first one in … after the line had already died down,” he said. “I always tried to find the sweet spot. Other times, I just embraced the line for the inevitable lamenting and hopeful conversation that came with it.”

He recalls “the mix of happiness and dread” he felt during each Finals Breakfast he attended as a student.

“It was a time for each one of us to just kind of let something go, and I remember that feeling very well,” he said. “I remember the different faculty and staff members through the years and how that smile and laughter grew fonder as my time here grew longer. From freshman to senior year, those smiles and quick exchanges transitioned from a nicety to a sincere connection of gratitude that I think only a senior can feel towards their professors and staff.”

Above all, McCullough enjoyed the tradition for the great memories that it brought.

“Besides its logical reasons for existence (acting as a real study break, feeding hungry students), it served as an opportunity for students to connect with a faculty member and staff member that they either love or had never had the chance to get to know,” he said. “Every time Carl Gombert gave me a pancake, I just felt better. It connects people, and that’s why it’s important.”

Story Written by Chloe Kennedy, Assistant Director of Communications
In preparation for the College's Bicentennial celebration in 2019, this story is part of "Maryville Moments," a monthly feature that highlights special traditions at Maryville College. Stay tuned for next month's feature! 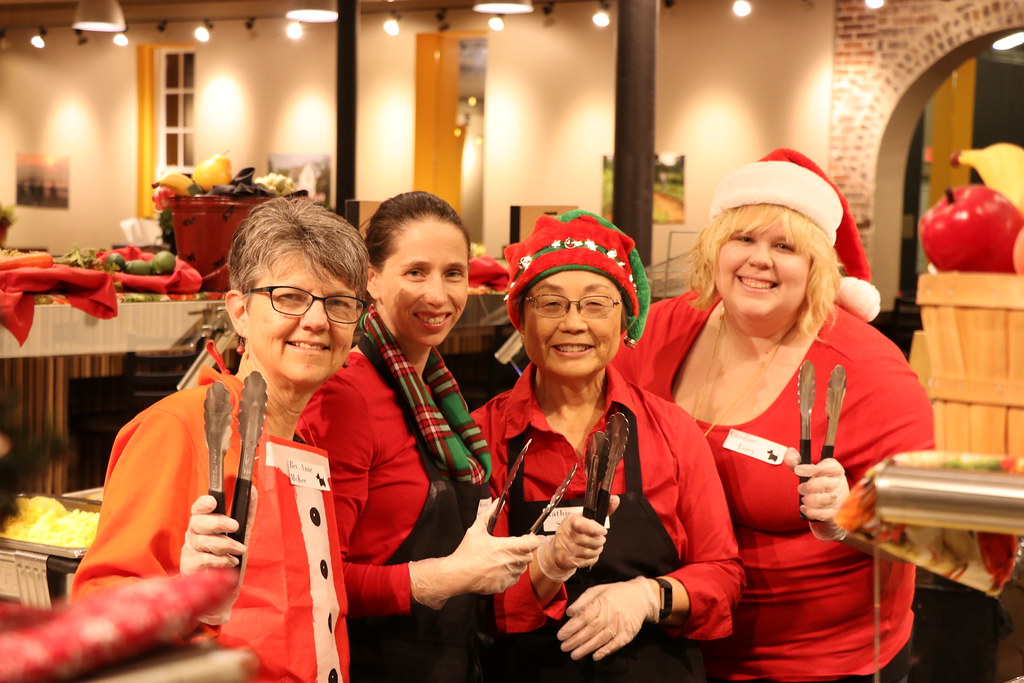 On the night before final exams, all current Maryville College students are invited to Pearsons Hall for Finals Breakfast – a late-night breakfast, served by faculty and staff.